These are selected projects for references.

Set up CI/CD pipeline on Azure for a UI framework for internal use at a large, international company.

Convert an existing iOS static library to an XC framework for use in iOS 13 and newer. Integrate build into the existing CI/CD pipeline.

An app for internal use at a large, international company.

My blog that I started way back in the 90ies. 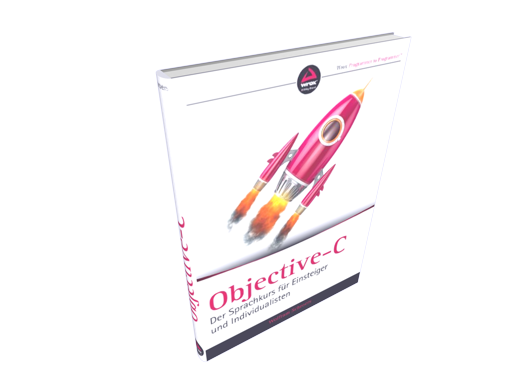 This book is in German, it teaches Objective-C at the beginner level by walking through examples.
The description page is in German. 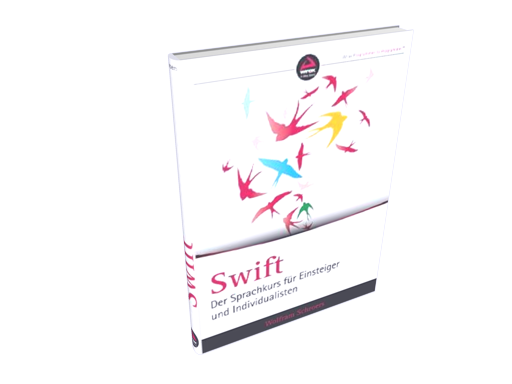 This book is in German, just like the book on Objective-C it teaches Swift at the beginner level by walking through examples.
The description page is in German.

Home Connect connects household appliances like ovens, dishwashers etc. to native apps on both iOS and Android. It has a huge code-base with the apps alone exceeding more than a million of lines of code.

My role
As a Senior Software Engineer I have had the opportunity to be a part of the team early on (since 2012). I have been actively working on this project until July 2021.
What I have contributed
I have devised the architecture and subsequently developed the communication library written in C++ which is used both in the Android and iOS apps. I have also written parts of the UI of the iOS app, initially in Objective-C and later on in Swift. I have written the architecture documentation and also contributed various support libraries and scripts in Python and bash. These were used to operate and maintain the CI/CD infrastructure for a variety of platforms.
This project was exciting for several reasons. It has taught me the importance of DevOps, continuous integration and continuous deployment, the intricacies of complex software architecture, and the collaboration of large inter-departmental teams towards an app that works with a huge variety of appliances.
I have talked about technical lessons in a Presentation at the Developer Week 2016 conference.
This project is an ongoing collaboration with UXMA (formerly ma design).

Set up the CI/CD pipeline for a UI framework for iOS and Android at a large, international company with more than 300,000 employees. The project ran from March until September 2021. Details are under NDA.

My role and contribution
As an external consultant I have set up the CI infrastructure for both the iOS and Android build chains on Microsoft Azure, written UI and unit test cases and documentation for stake holders in English. On iOS the framework is written in Swift and on Android it is written in Java.

Set Up CI/CD Build For XCFramework

I have ported an existing static library for an iOS app to an XCFramework for use with iOS 13 and newer. The primary goals were support of Swift Package Manager and support of both M1 and Intel Macs. Details are under NDA.

My role and contribution
As an external consultant I have revised the build process locally and then adapted and amended the CI/CD toolchain to build both the framework and integration within the app. During this process I identified and improved further automations in the existing toolchains.

tamanguu was a startup that has built an SaaS platform. It features a web application (still available at app.tamanguu.com) for staying top-of-mind with the most valuable business contacts. I have been working on this between 2017 and 2019.

My role
As co-founder and CTO I have devised and set up the web presence, the cloud infrastructure on Microsoft Azure and the architecture of the web app. Together with my co-founder we were running the company and managing the people within the organization.
What I have contributed
We were a team of six people (full-time and part-time) with five more freelancers and students working for us part-time. Our app uses Clojurescript based on re-frame which in turn is based on Facebook's React. The backend runs a Clojure application on Java 8 that stores data in a PostgreSQL database and serves content via a REST API and a websockets API using nginx. A set of Python scripts is used for maintenance and supporting tasks.
While working in the startup I have learned a lot about Oauth workflows, the Google contacts API, the Microsoft graph API, CalDAV and vCards, the Nylas API, the payment APIs of PayOne, Stripe and Chargebee, GDPR compliance, in-app analytics with Segment.io, Google Tag Manager, Google Analytics and Heapanalytics, and building an architecture that scales to hundreds of users. It was also very insightful to do the user interviews and understanding how investors view startups with concepts like the Marmer stages and its notion of consistency. I got to learn a bit of everything which made this experience unique.
What happened then
The app went through several iterations. While we mastered the technological challenges, we didn't do as well on the business side. We had a few users who liked the product, but they did not like it because of our unique feature (guide recommendations for networking). At the end of the day we had come to realize that we were not solving the most pressing and urgent problem of our audience. That's why we failed to build a successful business and why I had decided to exit.

Calistix is a fitness app for the iPhone.

My role
As an external consultant I have worked with the team and in particular the developers in 2012.
What I have contributed
I have devised the architecture of the initial version in Objective-C.
I have also helped with debugging and recommended best practices for future developments. This was a smaller project; still I have learned how the team did some very thorough usability testing and how they invested heavily in outstanding content – the exercises and their descriptions with two distinct trainers, male and female.

iTECPad was an iPad app by TEC Microsystems that featured interactive calculation of thermoelectric cooling solutions.

My role and contribution
I have helped train the developers in Objective-C and devised the architecture of the initial version written in Objective-C in 2011. The app also featured the PowerPlot library that I have developed.
The app is no longer available on the Apple app store, but it is still used internally by TEC Microsystems.
This project was a collaboration with global prognostics GmbH, Berlin.

The LSP 500 Pro is a professional speaker developed by Sennheiser which can be remote-controlled by an app for the iPad.

My role and contribution
As a Technical Project lead I have made the fundamental architecture decisions and led a team of four developers during the development of the app in Objective-C. I have been working on this project in 2012 and 2013.
This project was a collaboration with UXMA (formerly ma design).

PlowerPlot is a framework for quickly and efficiently deploying interactive charts on iOS since 2010.

The EMS (in German «Entwicklung und Management von Softwareprojekten») project was an internship project that allowed students to work on real-world challenges with a software company.

My role and contribution
I have mentored groups of students for several years on several projects. The one thing I noticed consistently was that the major challenges were not of technological nature, but rather in how requirements, progress and results is communicated to stakeholders. The good news is those issues are resolved with the right systems and working habits, which are much easier to acquire than technical skills. It is for this reason that I focus so strongly on the development of crucial soft-skills, foremost collaborative group work and presentation abilities in my Teaching Statement.
This project was a collaboration with UXMA (formerly ma design).

An app for internal use at a large, international company with more than 2000 employees. Details are under NDA.

My role and contribution
As the main developer I have designed and implemented an iPad-App for in-house use in a daughter company owned by an energy management enterprise listed in the DAX. The app used the platform's capabilities (which were quite new back then) like GPS, photos, airprint, asymmetric RSA encryption and multiple synchronization methods with the backend. It needed to replicate parts of the Enterprise database locally using Core Data. I worked on this project in 2011.

field-theory.org is a blog that I started in the 90ies. Originally, it was a collection of articles focused on Physics. Then I shifted focus to Apple software development. After another hiatus I now refocused it to assisting software engineers to take their careers to the next level.

Technologies used
I have migrated technologies a few times over the years. Initially, it was hand-coded HTML, then I set up my own templating system based on m4. Next I migrated to the Python-based Genshi toolkit before settling on hugo.